In the Dreaming, the Spirit of God brought forth the blessing of Ancient Life through Mother Earth.

Ground Beings were given breath and rhythm… the offspring of the heart of God!

This place was tended by the Larrakia People – people of this Ground and this Land’s rhythms.
We give thanks for their custodianship and honour their Elders – past, present and future.

The Church has been a continuing congregation since 1873.  A Methodist congregation was started in co-operation with the Congregational Church. The church was built in Knuckey Street on the corner with Mitchell Street.  The first ordained minister, Rev Archibald James Bogle preached his first sermon “What Shall We Do?” reportedly to ‘the sounds of drunken revelry’. 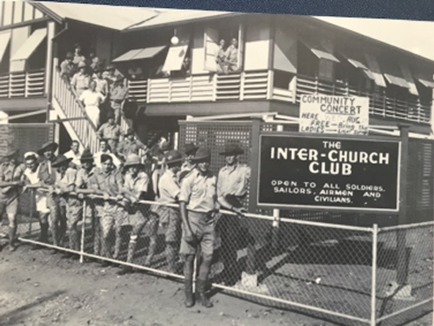 In 1940, the Presbyterian Church purchased land in Smith Street and, in co-operation with the existing Methodist congregation, established the Interchurch Club on the site, a recreational facility for servicemen. In 1956, the congregation moved to the Smith Street site for worship and became a United congregation. 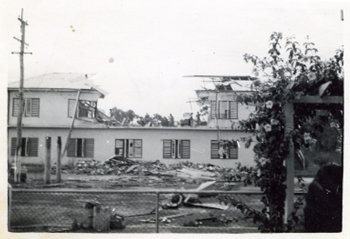 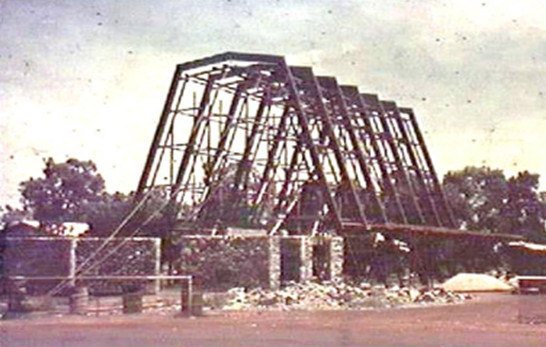 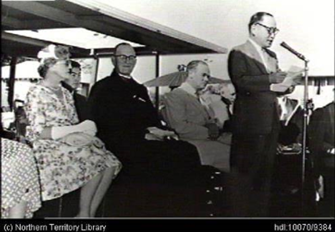 The site of the present Church building was the World War Two American Forces Headquarters in Darwin which was bombed by the Japanese in 1942.

The current building was opened as the Darwin Memorial United Church on the 23rd July 1960 as a memorial to all those who defended Australia in this area during World War II.

A prayer from the opening of the church in 1960

gave their lives.  Grant, O God, that we may walk worthily of their sacrifice,

endeavouring to strengthen between all peoples the bond of peace.”

The crosses on the ends of the pews are a reconciliation gift from the Japanese Government and the Japanese salvage company, Fujita Co,  which salvaged wrecks from Darwin harbour after the war.  Ambassador Narita and Mr Fujita were present at the opening, in his speech Mr Narita said, “now, half a generation later, I greet with pleasure the establishment of friendly relations between Australia and Japan.”  He also added “that these gifts to the church are a symbol of the fact that there would never again be war between Australia and Japan.”

The United Church in North Australia joined the Uniting Church in Australia in 1977 as the Northern Synod. The congregation had already been multi-denominational since 15 May 1946. Formed originally of Congregational, Presbyterian and Methodist members, it was responsible to the United Church in North Australia Board in Sydney. Each of the three denominations had taken turns in providing ministers for a 3 year settlement. Becoming Uniting meant that oversight shifted to the Northern Synod which shared offices with the Darwin congregation on the Smith Street site.

Church in the city

The congregation has reflected the rapid growth and change that has characterised Darwin City. In 2000, the original Smith Street property was redeveloped as CBD Plaza to provide financial support for ministry and mission to both the congregation and the Northern Synod of the Uniting Church. The congregation still retains the feel of a “suburban church” but has also taken on the role of a “city church” and continues to explore what it means to be a church in the heart of the city.